Gothic Tales of Haunted Love named Best of 2018 by Kirkus! 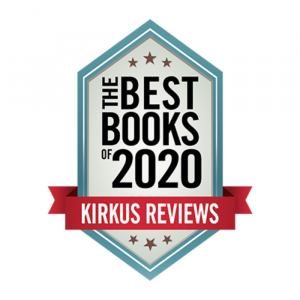 We are extremely pleased to announce that our anthology Gothic Tales of Haunted Love has won a Best of 2018 award from Kirkus Reviews!

You can buy Gothic Tales of Haunted Love here, 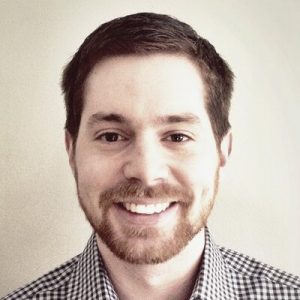 I’ve spent the past several years of my life immersed in the histories of characters like Wonder Woman, Lois Lane, and Catwoman, along with the fascinating creators behind their many adventures, and I’ll be honest with you, it’s a pretty fun gig. The history of comic books is as bizarre as it is entertaining, and there’s never a boring day reading and writing about these heroes.

Case in point, Sally the Sleuth. I wasn’t too familiar with the character when Hope asked me if I’d be interested in writing an introduction for Bedside Press’ latest reprint collection, but after just a few minutes of cursory research, I was totally on board. A half dressed heroine whose titillating adventures led to the publication of Superman? What a weird history. Of course I was in.

Writing any piece of comic book history, be it an introduction, an article, or a book, is a process that can be boiled down to these two steps:

Once you’ve got those down, you’re on your way! Simple as that. But we’ll expand on each step, just to be thorough.

My background is in academic history. I’ve got two degrees in history from Dalhousie University, and my book Wonder Woman Unbound is an expanded version of my Master’s thesis, rewritten for a broader audience (i.e. I took all the boring bits out). This type of training is useful on several fronts. First, it gives you a solid base of general knowledge. The better you can understand the cultural and political context of the time period in which a comic book is published, the more you’ll get out of it.

Second, you develop specific expertise. It’s great to have a larger appreciation of 20th century North American history, but a deep knowledge of the history of the comic book industry itself is just as important.

Third, it teaches you how to research. Knowing where to find sources, how to evaluate them, and how to glean useful information from them are all important skills if you want to be accurate and efficient in your work.

All three of these proved useful with Sally the Sleuth. For instance, knowing the state of American culture in the 1930s, it was clear that her racy strip was extremely taboo for the time. And while I wasn’t an expert in the history of the pulp magazines in which she appeared, I sure was familiar with her publisher, Harry Donenfeld. He co-founded DC Comics and was an interesting, if rather sketchy, dude. This connection to DC really caught my attention, and I was able to look through some reliable databases and discover that Sally the Sleuth was Donenfeld’s first foray into comics. There’s a direct line from her successful run in the seedy world of pulps to Donenfeld later launching Superman as wholesome entertainment for kids.

Now, you don’t have to spend six years on multiple degrees to write about comic book history. That’s just the path I took. But having a good understanding of history in general, of the comic book industry in particular, and knowing how to research effectively will prove invaluable.

This seems obvious, but it’s key. Read ALL of the comic books, in order if you can. Before I wrote a book on Wonder Woman, I read every Wonder Woman comic that I could get my hands on. Same with Lois. Same with Catwoman. And same with Sally the Sleuth. Hope did an amazing job tracking down her old strips, and it was no small feat. Those pulp magazines are hard to find these days.

History needs to be accurate or else there’s no point to it, and part of being accurate is being thorough. You never know what random issue might blow up your entire thesis, or take it in an exciting new direction. That’s why it’s important to try to read them all. You want to know as much information as you can.

The stronger your understanding of the character is, the stronger your analysis will be. You can tell when someone’s taken only a cursory look at a few comics, and those pieces often end up simplistic and hollow. You don’t want to come in with your argument already set and cherry pick a few panels that support it. It’s easy, but it’s pointless. Come at the comics with an open mind and see where the stories actually go.

Also, look beyond the stories. With comic books, there are ads, letter columns, and other documents that can shine an interesting light on a character. With Sally the Sleuth, I read several of the prose stories that appeared alongside her strip in Spicy Detective Stories. Everything in the magazine was salacious, but it was fascinating to see how the female characters in the prose stories were just love interests or damsels in distress while Sally had a far more active role in her own tales.

Databases are great, too. Using the Grand Comics Database or the Comic Book Database, you can track creators and see who is writing and drawing the stories. From there, you can research these creators through interviews and bios that let you delve into their approach to the characters.

Being a comic book historian can be a lot of work. Not everything you read is going to make it into a piece. In fact, most of it isn’t. That’s the job, really, distilling vast quantities of comic books and background research into something clear and easily digestible for readers. But at the end of the day, you get to spend most of your time reading comic books! It’s hard to beat that.

Tim Hanley is a comic book historian and the author of Wonder Woman Unbound: The Curious History of the World’s Most Famous Heroine, Investigating Lois Lane: The Turbulent History of the Daily Planet’s Ace Reporter, and The Many Lives of Catwoman: The Felonious History of a Feline Fatale.